NSAIDs- what they’re used for & common side effects

what are they?
uses
side effects
contraindications

What are NSAIDs (anti-inflammatories) ? 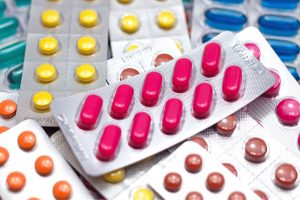 What are NSAIDs used for?

NSAIDs can be used for a variety of conditions. For example:

Who should not take NSAIDs?

NSAIDs , including Celebrex, Volataren, Ibuprofen, are not recommended in certain cases, including:

What else do I need to know about taking NSAIDs?

For more information regarding NSAIDs or the side effects of NSAIDs, speak to your GP.

What are NSAIDs for Arthritis? webmd.com

what conditions can our doctors treat online?

How to get rid of hay fever

How to get rid of hay fever Hay fever is one of the most common reasons for people to attend their doctor in Spring and Summer, as pollen levels [...]

Do breast implants cause cancer?

Read More
Comments Off on Do breast implants cause cancer?

Is it ok to take HRT (Hormone Replacement Therapy)?

Is it OK to use HRT (hormone replacement therapy) ? Not infrequently, I have a newly diagnosed breast cancer patient who has been on HRT (Hormone Replacement Therapy). The [...]

Read More
Comments Off on Is it ok to take HRT (Hormone Replacement Therapy)?

How to lose weight- getting rid of belly fat

Can you get Cannabis on prescription? And is it effective?

Can you get Cannabis on prescription and is it effective? What is Cannabis? Cannabis is made by drying the flowers of hemp plants It is known by a variety [...]

Read More
Comments Off on Can you get Cannabis on prescription? And is it effective?

Is vaping dangerous? What are the risks? What is vaping? The use of e-cigarettes (electronic cigarettes) is commonly known as “vaping”. Most e-cigarettes include a battery, a heating element, [...]

About the Author: Richard

Dr Richard Bennett is an experienced UK-qualified GP, based in Melbourne. He attended medical school at Imperial College in London, and subsequently worked at Charing Cross Hospital and Royal Surrey County Hospital, before completing his vocational training in General Practice. For many years he was a GP owner in Norwich, where he was also an Executive Board Member for the Local Health Authority. He is a full time doctor working in a busy Melbourne GP clinic, as well as a founder and director of Qoctor. He is a regular contributor on the topics of migraine and mental health.